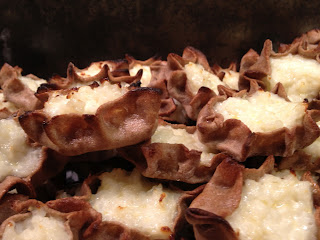 Finns have sisu, a term that has no single word equivalent in any other language.  It is a combination of guts, perseverance, stubbornness, and courage in the face of a seemingly impossible situation.

The Winter War between Finland and Russia, which ended with a  War Treaty in 1940, demonstrated this clearly.  The Russians had ten times the soldiers, thirty times the aircraft and a hundred times as many tanks.  But, Stalin’s great Russian army lacked experienced leadership:  many of its higher-ranking officers, due to Stalin’s Great Purge in 1937, had been executed or  imprisoned – a series of events that is arguably  bad for the morale of those troops still left fighting the battle.  Finland, on the other hand, had a much smaller yet more determined army defending its rights as an independent nation, and as a result were able to hold off the Red Army of Russia much longer than anyone, including themselves, ever expected.  My guess is that it has something to do with the skiing skills all Finns begin to learn starting at age two, the adaptation to cold and uncomfortable winters, and the determination that “they could not become Russian” that gave them the necessary sisu to stand up and hold off the invaders.

As a result of the Winter War, Russia, its reputation greatly battered and suffering high losses, nevertheless gained a buffer for Leningrad.  Finland maintained independence and a enjoyed a higher appreciation and reputation internationally for standing up to the Russian Bear.

But Finland did lose something:  11% of it’s territory (Finnish Karelia) and 30% of its economic assets were given to the Russians during the signing of the War Treaty of 1940.  12% of its population, the Karelians who lived in the newly lost territory:  415,000 people, moved to other regions in Finland rather than live under Russian rule.  The government of Finland offered these migrant citizens compensations for their losses:

All this was very important for the Karelians – many of whom are still very bitter about their displacement and some of whom still call for the return of Karelia to Finnish hands.
From a culinary standpoint, Karelian Finns gave the rest of Finland something very important:  Karelian Pie, more commonly known all over Finland as Karjalanpiirakka.

Walk into any coffee shop anywhere in Finland, or take a look into the bakery cases of any grocery store or bakery window, and you are sure to see the beautifully shaped rye pastries, filled with rice pudding and brushed with butter, waiting to be consumed by the millions in Finland every year.  These delicious morsels come in small and large sizes, sometimes enhanced with carrot cooked into the rice pudding or barley flour replacing the rye.  They are sometimes served up with egg butter, sometimes with pickled herring or a slice of cold smoked salmon, a dollop of sour cream or creme fraiche and dill, or served up plain and delicious, exactly as they come.  You can buy them in bulk in the freezer section to bake at home, from the local church and school bazaars, and find them in nearly every home you visit.  These are at once a delicacy and a staple in Finnish life.

They are a bit time-consuming, though not difficult, to make.  I recommend at least tripling the recipe below, as the bulk of the time goes into forming the dough and making the rice pudding, and once you have the mess started, you might as well gain maximum benefit by filling your freezer with these beautiful gems so you can enjoy them on a cold, dark winter evening.  If you have a pasta roller, use this for thin, even crust – it’ll make your life much easier.  If you don’t have one, a rolling pin works fine as well.  And if you can rope a friend into joining you to make these – it’s a great job for a team.

Karelian Pies/Karjalanpiirakka
Adapted from Nordic Bakery Cookbook by Miisa Mink and Parasta Kotiruokaa by Aura Liimatainen
Filling: Rice Pudding
250 ml/1 cup water
150 g short-grain rice (pudding rice)
750 ml/3 cups milk
1 teaspoon sea salt
Put the water into a suitably sized pot (if you are tripling the recipe as I suggest, use a large stockpot) and bring to a boil.  Add the rice and simmer fro 5-10 minutes.  Add the milk and continue to simmer over low heat for 30-40 minutes, stirring occasionally so the mixture doesn’t stick to the bottom.  The mixture will be ready when you have a thickened rice pudding consistency – similar to oat porridge. Stir in the salt and set aside while you make the pastry.  (I usually make the pastry in between stirring the rice mixture, but do whatever is in your comfort zone).

Crust
250 g wholemeal rye flour
1 teaspoon sea salt
200 ml of water
1 Tablespoon vegetable oil
plain flour, for dusting
75g unsalted butter, melted
Preheat oven to 220°C/425°F.
Put the rye flour and salt in a mixing bowl, add oil, and gradually add 200 ml of water, mixing with a round bladed pastry knife or by hand until a dough forms (or if you have a kitchen aid, insert the flat beater attachment, mix until dough forms, and finish by hand).  Transfer the dough to a lightly floured surface and shape it into a long sausage roll shape.  Divide into 20 pieces for large pies and 40 pieces for small pies.  Roll each piece into a small, uniformly shaped ball.  At this point, if you have a pastry roller, you will be thrilled to see how easily you can form beautifully shaped crusts.  If you don’t, use the rolling pin to roll each ball into thin rounds.  The thinner the crust here, the better the pie as it will be nice and crispy-chewy in texture.
Assembly
Put 2 Tablespoons of filling into the middle of each round, leaving about 2 cm/ 1/2″ around the edge.  Lift up the edge of the pastry at opposite corners to begin forming an oval, and pinch the pastry between your thumb and forefingers.  Repeat around the edge of the pie, so that the edge is standing up and encasing but not covering the filling.
Place the pies, evenly spaced, onto parchment paper-covered trays.  Bake in the preheated oven for 15-20 minutes until golden brown and crispy around the edges.

While the pies are baking, melt the butter.  Remove the pies from the oven, place on a cooling rack, and brush the entire surface and edges of the pies lightly with melted butter.  Allow to cool.

Traditionally, these are served with egg butter mixture (see below).  If you are like me and don’t like egg butter, try them with a slice of boiled egg and a fresh basil leaf or two.  Delicious!
Makes 20 large or 40 small Karelian Pies.  I prefer them small…
These freeze well.  To serve after frozen, reheat at 200°C/400°F for 10-15 minutes.
Egg Topping (traditional but optional.  I actually don’t like it)
1 egg, hardboiled
40 g unsalted butter, softened at room temperature
« Smoked Salmon, Fennel & Broccoli Quiche
You know it’s cold when the weather warms up 15° and your breath still freezes »